Your business is at an impasse and you can’t move forward. Or alternatively, you are moving too fast—your success is unprecedented and you’re struggling to keep up. The Markens Group can help in both cases, applying our management savvy and fresh perspective to get you on the right path.

Our strategic consulting services include: 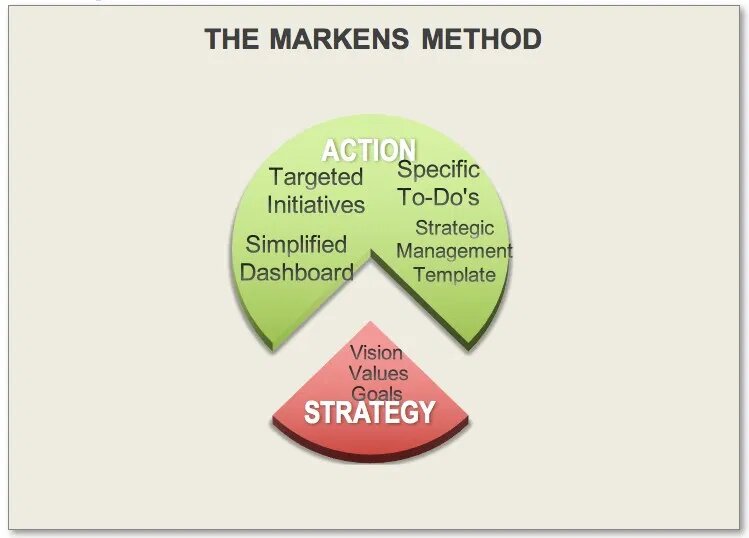 The Markens Group helps organizations make the leap from entrepreneurially driven to professionally led. We do this by providing business and profit planning tools that result in tighter operating control, superior performance and increased profits.

“Every morning in Africa, a gazelle wakes up and ruffles its tawny coat. It knows it must run faster than the slowest of its brothers or it will be killed.

That same morning a lion rises and yawns, the sun glinting on the fangs in its gaping jaws. It knows it must outrun the slowest gazelle or it will starve to death.

It doesn’t matter whether you are a lion or a gazelle. When the sun comes up, you’d better start running.” -African Proverb

We have distilled the best of today’s business strategies into a process that will guide your organization to its next level of success. With your key people, we will discover your firm’s unique vision, core values, purpose, and shortcomings, uncover ways to inspire the entire staff, and set a winning strategy for the coming decade.

At TMG, we have distilled the best of today’s business thought into a process that will guide your company to the next level of success. With your company’s key people, we will:
• Discover the firm’s unique vision
• Define its core values and purpose
• Confront the brutal facts of its shortcomings
• Inspire the entire organization with its next big goal
• Set strategy and tactics for the coming decade as well as for the coming year

In order to know what we can become, we must first understand what we are. So to better identify the current state of your company, we ask your key people—The Discovery Team—to take an online, anonymous survey. Originally designed by Gallup’s Marcus Buckingham, the survey is used to jumpstart a discussion about what keeps your people up at night and what your firm should do or not do to continue to be successful.

The Strategy Map
Get the right people on the bus, put them in the right seats, work with them to uncover the company’s core ideology and set everyone’s sights on a long-range, awe-inspiring goal, then draft the roadmap that will lead you to the completion of that vision level mission… this is the strategy map. It is designed from the top down and implemented from the bottom up.

The Discovery Team will be asked, “What financial benchmarks must we achieve in order to reach our goals?” Once an answer is identified, then it will specify what four or five benefits must be delivered to key customers to fuel those financial targets. The beauty of the strategy map is that it sets out in black and white the most important, measurable targets in each key area. It is systematic and provides clarity of purpose for each individual in your organization.

Facilitation
Managers spend so much time working “in” their business, they have little time to work “on” it. And even after making a commitment to look to the future, the skill sets and experience needed may not be at their fingertips. So when management attempts to facilitate on their own, they often bring their own internal agenda to the sessions. In other words, there is too much baggage and not enough trust that the results will be objective. TMG will help the Discovery Team uncover the company’s core ideology, and then help set goals and measurable yardsticks to track success.  Since we are professionals from outside your organization, the results are often more readily accepted.

The Balanced Scorecard is a framework that helps organizations translate strategy into operational objectives that drive both behavior and performance. It is a practical road map for the implementation and management of both strategy and change. It is driven by the company’s vision and its goals for the future. Finally, it is a set of performance metrics that contain both leading (predictive) indicators and lagging indicators (like profit last period). Together they provide a structure for creating value.

Succession Planning
The small to the medium-held corporation is more than likely a family business. But whether or not the owner’s children are involved, a thoughtfully constructed strategy for the continuing management of the company will assure a smooth transition. TMG can help you prepare an ordered plan so that the long-term goals for your company continue to be met even after the quarterback is spending more time on the sidelines than on the field. A plan for grooming the next leader should be clear, specific, and public—all your employees are especially watchful during this time, and morale will stay high when everyone knows that management is concerned about continuity. 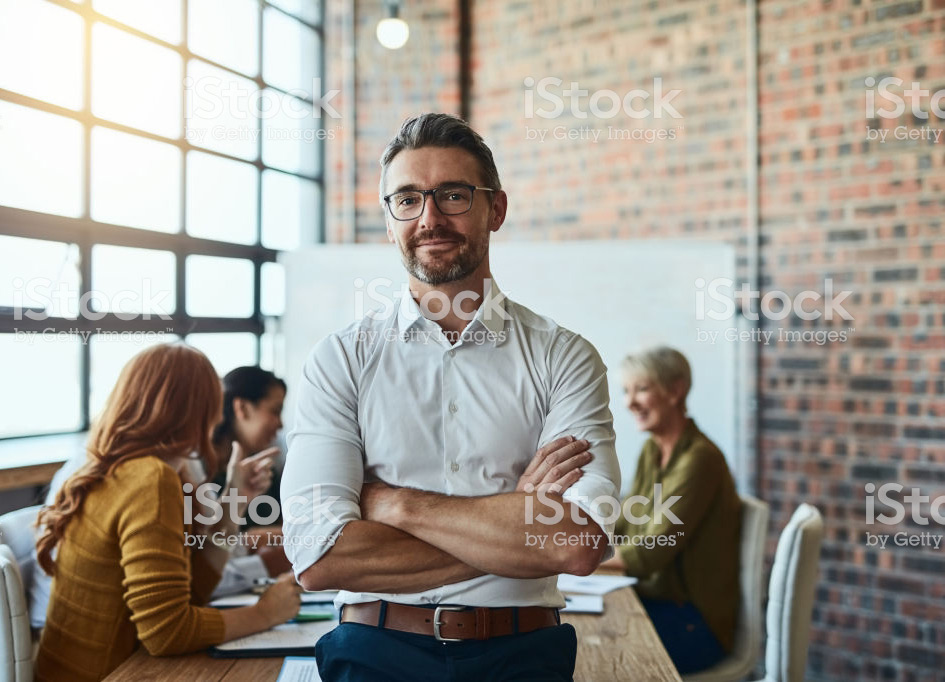 One of the most common questions a converter can ask is, “What is the most economical way to run this job through the plant?” More specifically, “At what point does it pay to switch from a less expensive, slower piece of equipment to a faster but more costly machine?” The answer can be found using breakeven analysis.

To accomplish it, we need to know the hours involved and the variable machine hour rates of the two machines. For this exercise, we are concerned only with costs that accrue directly as a result of running the job, such as labor, electricity, glue, etc. The following example allows us to find the order quantity where, no matter which of two production paths is chosen, each has the same cost.

Sometimes a newer, faster machine requires a longer, more expensive makeready to achieve faster running speeds. If the incremental makeready cost is $100 but the savings when the job is run is 10¢ per unit, the number of units that must be produced to cover the additional makeready is 100 ÷ .10 = 1,000. That means that below 1,000 units, it will be less expensive to use the older, slower machine. Above 1,000 units, it will be more cost-efficient to use the new one. 1,000 units, then, is the breakeven quantity.

Managers and employees often struggle to solve complex problems when they believe they can “figure it out as they go”. This casual approach may work when tackling a simple problem that can be accomplished over a short period of time. However, corrective actions for more complex, long-term issues should instead be planned out ahead of time by using a SMART (specific, measurable, achievable, relevant, and time-limited) gap closure initiative.

Such an initiative allows organizations to fix (close) a complex problem (gap) by setting a series of specific, time-limited, and measurable goals that represent a targeted process toward solving the final, overall issue at hand. The beauty of this method is that it allows managers to evaluate progress at any point in the problem-solving process.

To begin, set an achievable overall goal supported by a particular business strategy: for example, to reduce downtime on a piece of machinery by 10% within 180 days in order to boost operational excellence. Next, establish specific milestones or SMART goals that, upon completion, will reduce downtime by 10%. This way, progress can be assessed not only on day 180, but also on day 60, 150, and so on. The objective should also be quantified or “dollarized” so that the initiative’s bottom line benefit to the organization remains clear throughout the entire process.

The sample Initiative Plan here has space to list each individual milestone as well as start and completion dates. Because it requires signatures from both a submitter and a supervisor, the plan ensures that deadlines and methods for completion remain reasonable. And even if the overall goal is missed, the supervisor can still determine if the steps were taken as agreed upon.

Thus, whereas a casual “figure it out as you go” approach to problem-solving does not present a clear path to success and certainly does not allow managers to effectively measure results, the SMART gap closure initiative breaks a big problem into small, achievable bits in an organized manner that allows managers to check for progress every step of the way.

Motivating, encouraging, and maintaining a productive work environment is too often neglected by management. We can help managers break old habits that obstruct problem-solving, hone tools to motivate employees and learn how to become a more effective leader.

Associations and organizations need a way to better measure their successes and challenges so they could target areas for improvement. TMG will design data collection systems that will help drive business decisions and initiate needed improvements.

To see one of our benchmarking programs in action, take a look at the reports we provide our client, the Paperboard Packaging Council.

In the comedy, “History of the World, Part I,”  Mel Brooks says, “It’s good to be the king.”  Anyone who’s struggled to build and run his or her own business knows just what Mel was talking about. But the years fly by, and before you know it, you must face the fact that while companies may endure, people do not. So whether your intention is to build an enterprise that lasts for generations, or to convert decades of your devotion into cash, you must have an exit strategy, and the time to start thinking about it is now.  Here are some questions to consider:

Sooner or later, in one form or another, you and your business will part company.  If the time horizon is short, and you plan to sell within the next five to ten years, TMG can help you accomplish specific tasks that will maximize value.  If longer, we can work with your management team to make real changes that will enhance the long-term viability and value of the enterprise.  And if you are leaving the business to your children, we can help to make the transition smooth and transparent.